It allows us to fulfill the desire of players to see smoothly moving illustrations of characters in standing poses.

Since the launch of our first joint development project in 2013, PixelNeko Studio has worked on a number of mobile games including Condor and Areal. We have a lot of experience with development using our original game engine and Unity, and our games have gained more than 10 million players in total.

— Revived Witch certainly is popular. What kind of game is it?

Revived Witch is a pixel art-style RPG. Pixel art was a necessary technique during the early period of video games due to the limited hardware performance. However, now it is considered a unique style of art, and pixel art fans around the world are our core target users.

In Revived Witch, the player is a young girl—a witch—who has lost her memory, and the game follows her adventures through parallel worlds. In the game, the player explores various expansive and strange parallel worlds, clearing maps filled with puzzles and interacting with other players. It is an extremely fun RPG featuring a wide range of elements. Players can summon beautiful “dolls” each with a unique story, form parties with friends to engage in three-person team battles, or use “double energy” discharge skills to defeat demon lords from other worlds.

Live2D lets us freely animate parts such as the eyelashes, pupils, highlights, nose, and mouth, even with limited space. As a result, we can create wonderfully expressive characters.

— Why did you decide to use Live2D for this project?

By animating still images of two-dimensional characters, Live2D breathes life into standing illustrations, delivering a real-world feeling to players. It allows us to fulfill the desire of players to see smoothly moving illustrations of characters in standing poses. Because some of our team members have used Live2D before, we could also significantly reduce the costs involved with learning a new tool.

— What did you think when you first started using Live2D?

Live2D lets us freely animate parts such as the eyelashes, pupils, highlights, nose, and mouth, even with limited space. As a result, we can create wonderfully expressive characters and dedicate ourselves to our never-ending mission of satisfying our users. Also, because the creation of Live2D characters is similar to a systemized production line, we were able to carry out highly efficient production.

— I am glad to hear Live2D helped you improve your development efficiency. Did you experience any issues in technical or expression areas when first using Live2D? Were there any other issues that you overcame with Live2D?

Live2D includes an official Unity plugin, so adding content to Unity is easy. Because resources are exported from Unity in Prefab format, the compatibility with Unity components and Timeline is really very good. On the technical side, everything went smoothly. When moving resources over to Live2D, we sometimes wanted to move them in semi-transparent form. By correcting the open-source SDK code, we were able to easily make the characters appear semi-transparent. The ability to officially execute these functions with our own SDK using Live2D allowed us to conveniently use them in other projects as well. 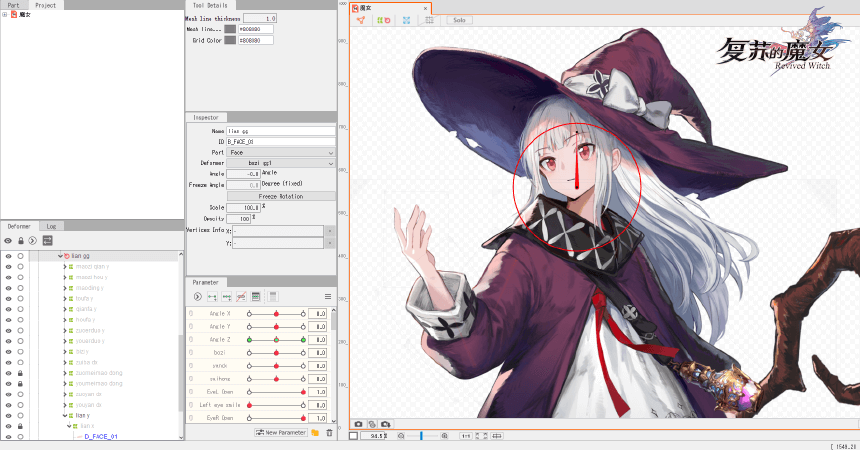 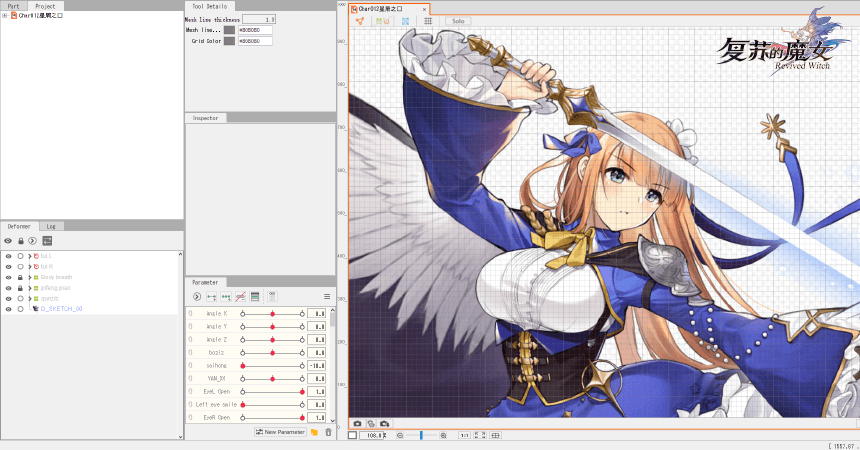 — Was there anything in your project that would not have been possible without Live2D?

Although Revived Witch is a 2D game, we wanted to give our illustrations real, living expressions so players can easily empathize with the virtual characters. Live2D was a large part of what allowed us to achieve that. Adoption of Live2D is also quite high in the industry, so it was easy for us to find contractors to make the illustrations. This allowed us to complete the production of the standing character illustrations quickly.

Live2D allows us to convert components to Unity components and execute them in Unity, which we were very happy about. 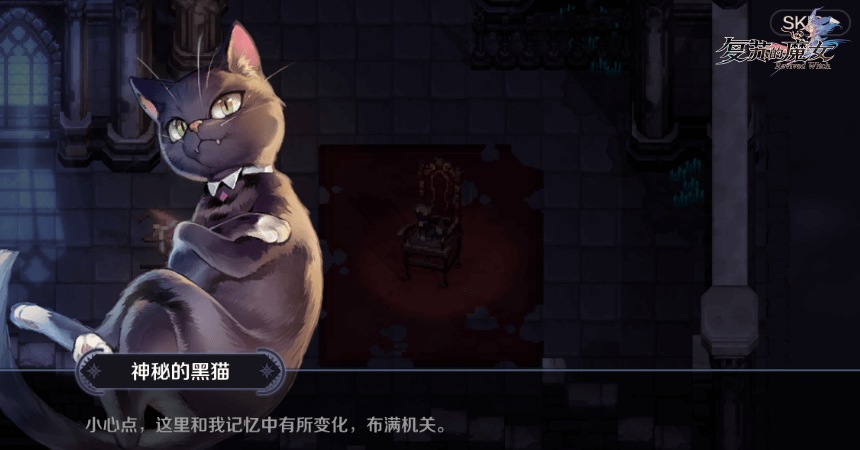 — What was your overall impression with using Live2D?

Live2D allows us to convert components to Unity components and execute them in Unity, which we were very happy about. We can use those components as a base when customizing a project, and we can correct the shader and coding ourselves to create customized movements with the plugin. The design is very good and easy to use, and I hope that aspect of Live2D will never change. When Live2D resources are imported into Unity, they are converted to Prefab format. As a result, we can combine them with original Unity components. This is also very convenient.

— Did you run into any issues or problems while using Live2D?

There are few Chinese files and instructional videos available. The instructional materials for the illustrations are also limited. Although this was not really a problem, we had to enlarge or reduce items displayed in the uGUI on our own, so that was one point we had to keep in mind. Being able to convert components to our own shader would have also been helpful when creating expressions.

— What can you tell us about the future plans for the project and the team?

We plan to continue using Live2D. We intend to use the power of Live2D to advance this project further.

— What do you hope to see from Live2D in the future?

I would like to see more works using Live2D. It would also be nice to have more official materials in Chinese, and official instructional videos would be helpful as well.