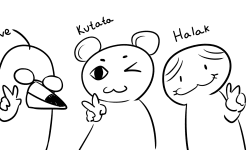 Sinsiroad is a small game development team comprised of a programmer halak, an illustrator mauve, and a graphic designer kutata, three friends from the same high-school & college. Each of us would initially develop a career at different companies. However, our passion for making games that we truly wanted to make kept getting stronger, so we decided to form Sinsiroad.

Sharing technical solutions with the community

Live2D is a crucial technology for Potion Maker as well as a new game we have been developing, but learning how to use the software was not without difficulty. Polygon vertices, for example, were difficult to manipulate properly, causing parts like eyes to appear overly sharp and distorted when deformed. We had to come up with our own solution for problems like this, which is to switch textures at the last frame right before eyes are completely shut. We further explored to apply this technique so that we can simply switch among various costumes while using a single model. We wrote about this technique in a user tutorial to share with other Live2D users.

In the very beginning, as a small team of three with limited resources, we were struggling to design an engaging gaming experience for Potion Maker, a game featuring only one character. It was then that we came across a game with Live2D and decided to use the technology. Even after releasing Potion Maker, Live2D technology was little known to the public at the time, and we received many positive reactions around the technology like “The lively character is so cute!” and “She is magical!,” etc. Now that it has been more than two years after the release, Potion Maker has reached a broad audience around the world and now been translated into 7 different languages. The success of the game caught attention of various industries, and Potion Maker has been made into merchandise and even a light novel series by a major book publisher in South Korea. The lively moving character has become a synonym for our team and will continue to play an integral part of our future projects. 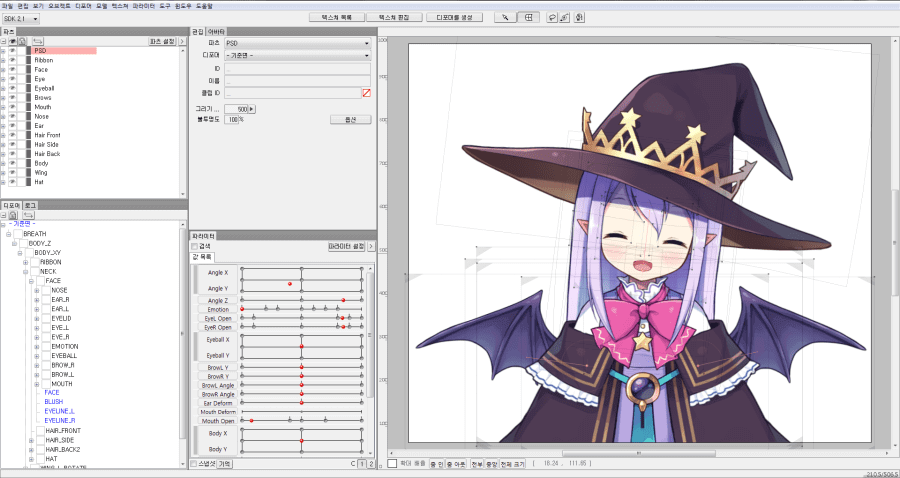 The recent release of FaceRig with Live2D feature was very impressive! We hope that there will be more contents like this where the fellow Live2D creators can use their model files in a joyful way.