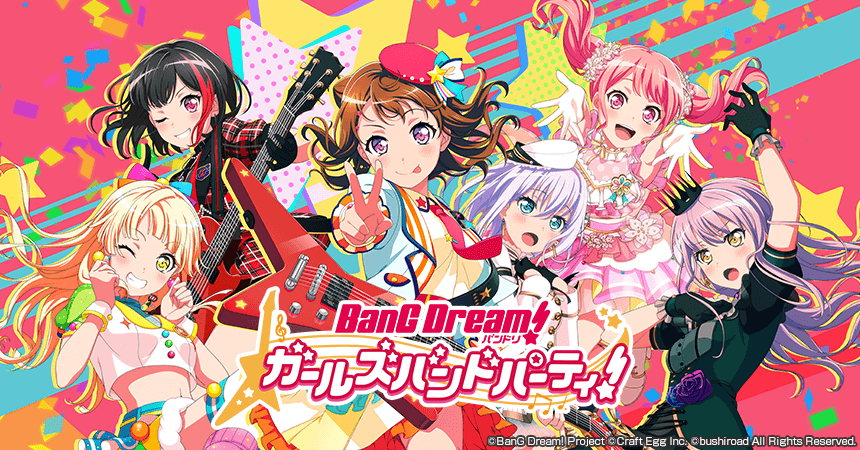 We had ideas about how particular characters would move and were able to produce those movements in a natural form. 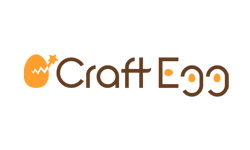 Tasked with producing an appealing story, this team is a diverse assembly of members including Live2D designers, scripters who put together the in-game event story, and effects editors who make the story shine. The team also includes a separate section of Live2D designers tasked with creating an immense library of intricate models and elaborate motions for better communicating the quality of characters to players. The members of this section have extensive experience in a wide range of areas, from creating adorable animations for various games to recently popular VTuber content.

— Tell us a little about the BanG Dream! Girls Band Party! project.

BanG Dream! Girls Band Party! is a rhythm and adventure game that takes place in the world of BanG Dream!, a next-generation girls band project that links animated characters and real-world live performances.

The rhythm game offers simple group play for up to five players with familiar original songs from the anime and live performances, as well as covers of other famous anime songs. The story scenes themselves feature high-quality Live2D that vibrantly brings the characters to life. As of April 2020, four years since we launched the game, the number of unique players in Japan has reached more than 12 million.

— 12 million…that is a lot of users! It must be a real honor to have Live2D technologies used in a title that is loved by so many people. Please describe what influenced your decision to use Live2D in the game.

During development, we discussed which tool to use for animating the character and decided to challenge ourselves to master Live2D—a technology that has been used in other smartphone games.

With Live2D, we can produce animation that feels closer to the original illustrations compared with 3D tools. We also got feedback from employees who are fans of both the anime and the manga to help the project advance smoothly.

We knew that we had made the right choice with 2D animation.

— What did your team think of Live2D?

We had some trouble developing the character animations at first, but we eventually learned how to use Live2D to create high-quality mock-ups. At that point, we knew that we had made the right choice with 2D animation.

From there, we continued increasing the number of character motions and expanding the range of expressions. This led us to develop the “Lounge” function, which is focused on 2D animation.

The game has been very popular among users for its vibrant and adorable characters. 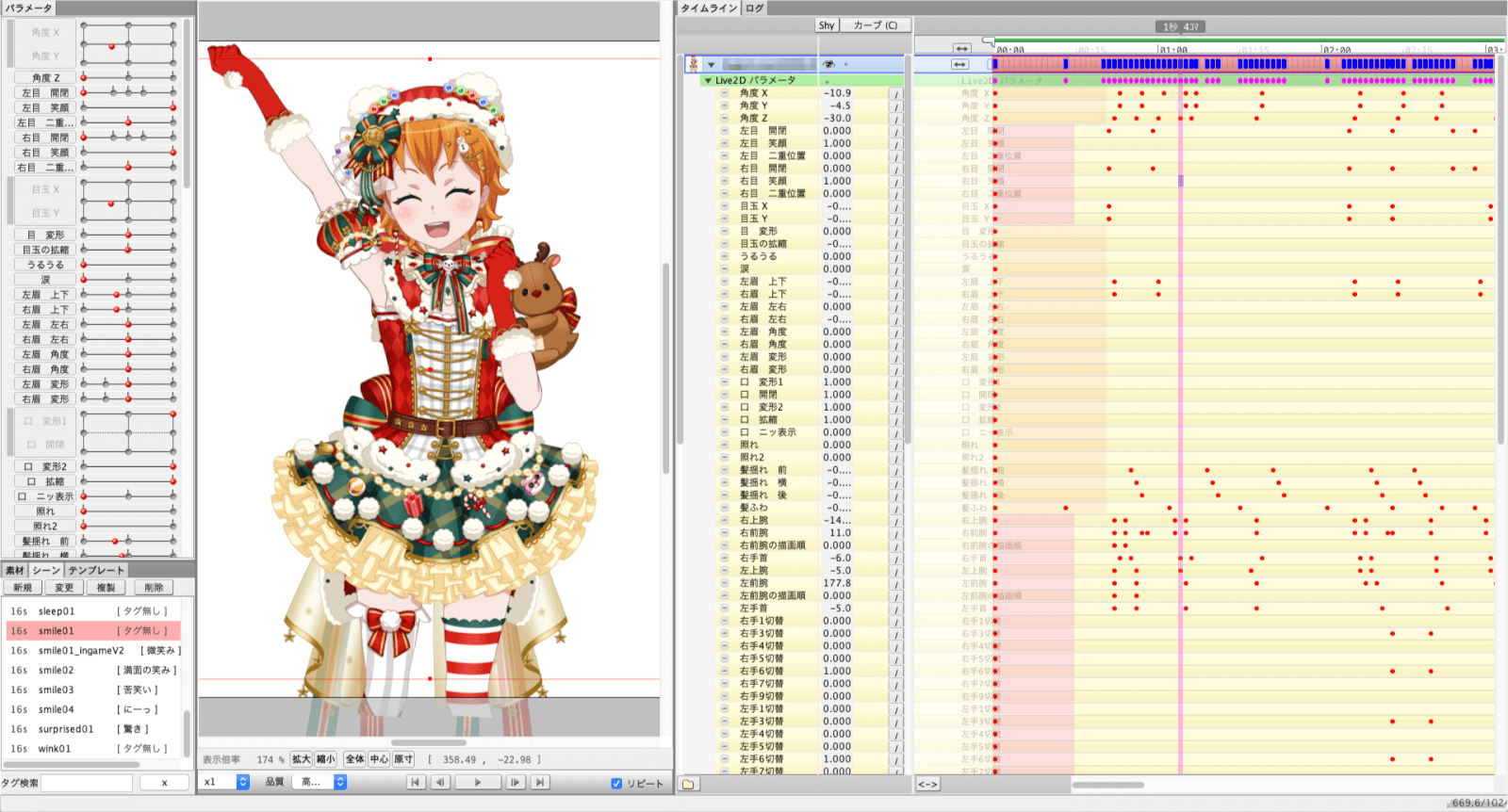 — That must be a very gratifying reaction. What issues did you face in creating these vibrant characters before you presented them to the world?

We had to remake some of the operating models, such as the uniforms that appear during the actual story, entirely from scratch. We really felt that this was necessary for creating motions that were not possible with the old models.

For example, the new models made it possible for characters to raise their arms higher than their shoulders. We were able to get them to do the celebratory “Banzai!” cheer. This dramatically improved the expressiveness of the characters by letting them perform large, energetic movements such as swinging their arms upward as they jump into the air.

As another example, we could also make a character quickly reposition the straw hat on her head. This was a huge step forward because we had ideas about how particular characters would move and were able to produce those movements in a natural form. 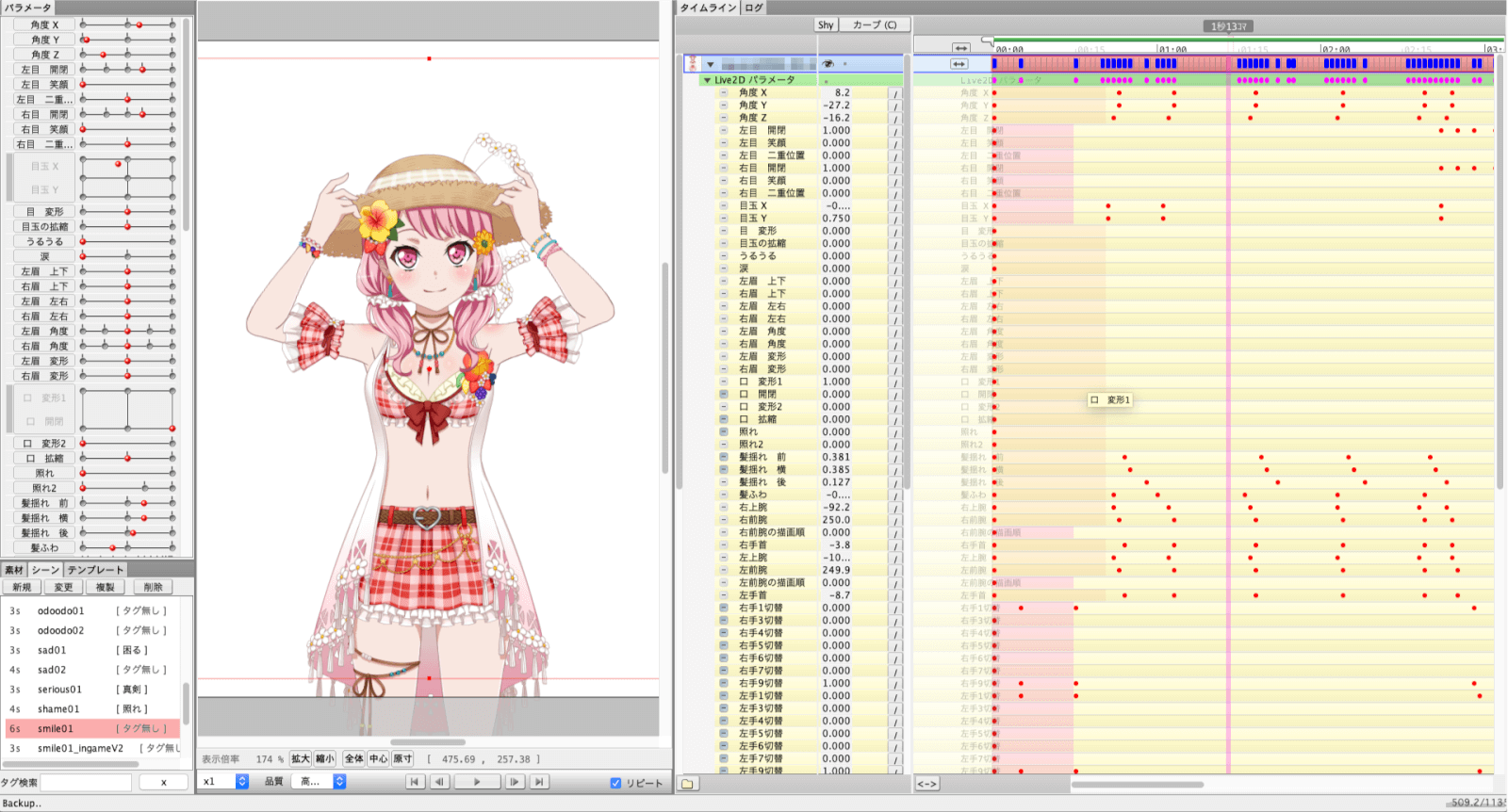 — Were there any points that you took particular care with?

We put a lot of effort into the hair. Giving the characters an appealing appearance was a key point for us.

In addition to creating hair motion from hand movements rather than from physics, we have recently been shifting to motion that focuses on variations in the hair to provide more dynamic movements.

By creating deviations between the individual strands of hair, we were able to create hair with graceful movements and a sense of texture that makes you want to reach out and touch it.

Even if the movements are unnatural from a realistic perspective, these anime-style expressions can be very captivating.

— True. Each character has her own unique hairstyle and color, and it’s no exaggeration to say the way the hair moves in response to movements is the element that best expresses the character’s personality. Did you feel that using Live2D offered certain advantages for this?

With Live2D, we were able to use the high-quality original illustrations to the fullest. There are cases when, even if the movements are unnatural from a realistic perspective, these anime-style expressions can be very captivating.

I think the greatest advantage of Live2D was being able to create those expressions beautifully without excessive effort. 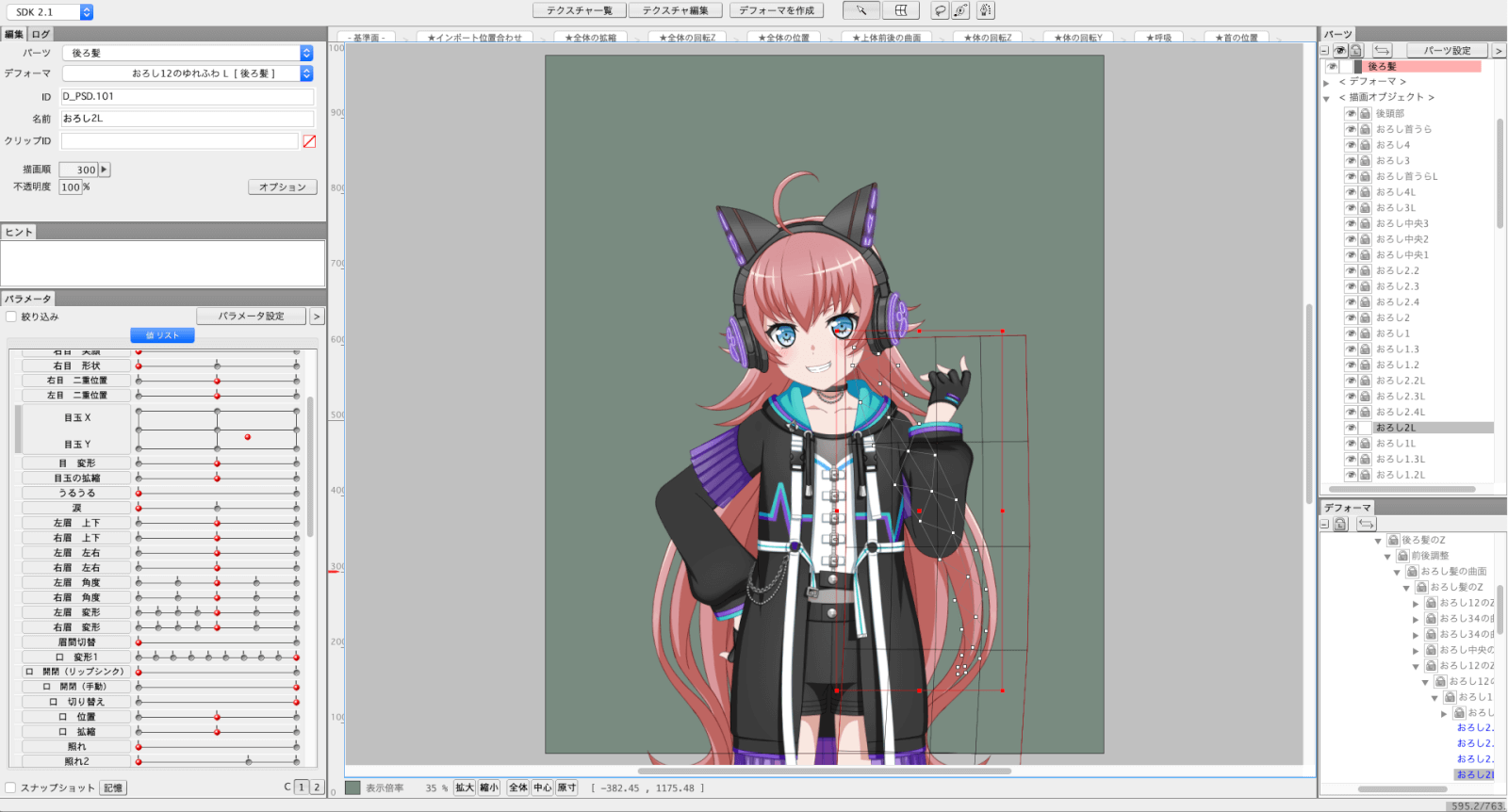 — And it seems that those “anime-style expressions” are something that can only be done in 2D. Were there any expressions you felt were particularly difficult because of this?

Yes, expressing depth requires some skill. We have to be careful because, without depth, the characters feel flat and end up with a strongly artificial feel. And developing this skill requires a lot of experience.

On the other hand, focusing too much on the dynamic animations can make it difficult to express the character’s appeal.
Although it is possible to create 3D-like expressions, this raises the question, “Why not just use a 3D model?” That can put us on the completely wrong path, though.

Our goal was to create the impression of a 2D illustration moving in a cute way.

— And we are also looking forward to seeing how you’ve used the unique expressions made possible by Live2D to present these characters! Can you tell us a little about your plans for future projects?

In addition to Morfonica in March 2020, we also released RAISE A SUILEN in June. I hope you will look forward to seeing what kinds of relationships will be created among the 35 members of the seven bands, and how the characters will grow.

For the five bands that have been a part of the game since the start, we are also planning a band story Chapter 3.

This chapter will look at what motivates these girls as they get deeply involved in their own band activities. Be ready for new developments that will move the story forward in significant ways!

— In closing, do you have any messages for the readers?

Recently, the use of Live2D has been expanding among VTubers and in other areas outside of games, and the number of creators using Live2D has grown a lot. We are very happy to see the Live2D environment growing ever larger.

I hope creators in a wide range of different fields will share their best features and continue to build a community that will bring happiness to everyone!