“The original image as it is,
Designers move intuitively
Given"

AKIBA'S BEAT has a team structure of three people. The division consists of Live2D general work, Live2D data, and image creation. Since it was our first Live2D recruitment project, all CG including 3D, with a focus on new technologies and the accumulation of know-how for future use (in-house) It is a team that has been assigned a deeply knowledgeable staff.

At first, I tried moving "Illustration for Live2D" facing the front

Designers can be moved intuitively without changing the original image

From the beginning of the project, there was an intention to “make an effort to the scenario event!” However, while the budget and period are limited, there is a problem “How can I create an attractive and emotional scenario event?”, And as a result of exploring various things, Live2D gives the movement as it is the image of the original picture Will be adopted.
I have touched various tools so far, but Live2D has the impression that it is an easy-to-touch tool for artists. Even if you can import while inheriting the PSD layer structure, samples and tutorials are enriched, “I can draw illustrations but I am not good at tools…” I think that it can be operated intuitively. In AKIBA'S BEAT, more than 40 characters were created with Live2D, but I think that the division of labor and division of labor was possible because of the advantage of not selecting people with the tool. 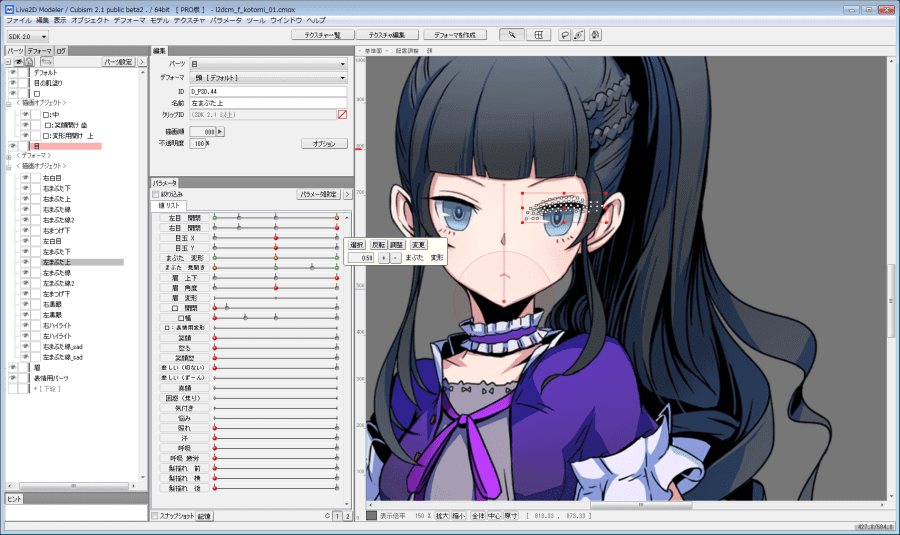 I thought it would be nice if the tool had more follow-up on mass production. For example, when a specification change occurs in the middle, if you want to perform the same batch processing for all characters, it would be inefficient to perform all the manual operations because it is easy to make mistakes. I think that it will become a more attractive tool if you can improve the efficiency of scripts such as JavaScript and Python.